This is a new photo series which I hope to grow into a larger project about #realbicycles. Real Bikes are the bikes that the cheap skate or grizzled mechanic has crafted from the best of the left overs. They represent the cream of the crop from the parts bin and salvaged detritus. They take some crafty tinkering or brute force to string them together. They are'nt #beatifulbicycles but these are the gems I love the most. 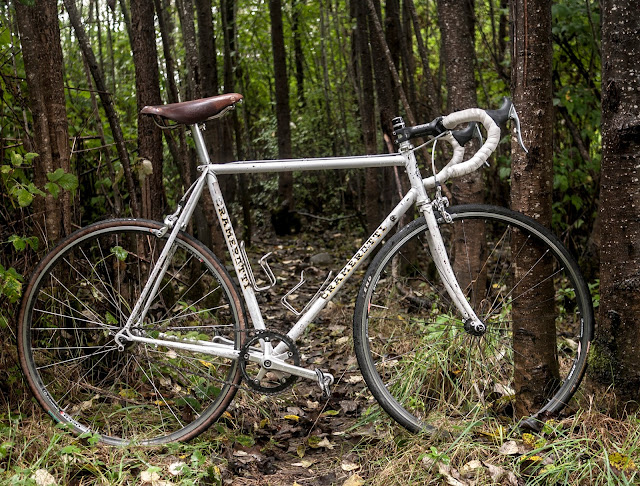 This is my primary commuter, bar bike and #endroad #freeroad ride. Its shit kicked and a bit botched together just look at that stack height!

The frame was given to me by a good friend, who had ridden it hard into the ground. The seatpost was seized making the slightly too large bike even more cumbersome. Previous to him it had belonged to his brother inlaw who had couriered on it in Montreal a decade before.

The frame has lots of character to say the least, it's in pretty rough shape. The paint tells a story of some hard front end impacts, cased jumps (?) and some hard winters on salted roads. The original sloping crown for didn't track great and it looked like it had been crashed hard at least once. For the sake of self preservation I replaced it. When I saw the shittly painted 1" threadless fork at #ourcommunitybikes I couldn't say no -it was a perfect match. Things got even sketchier when it was time to swap out the headset, I was able to push the top cup in by hand. A bit of luck and some red lock tight is holding things together so far. If it gets worse I will score it and press it back in.

The original #Campy C record and BB to be almost completed seized into the frame. It took some special talent from a certain mechanic and more than a few blows from a hammer to extract them. I am now running a sealed $20 Neco it Italian BB I'm hoping it lasts at least through the winter.

Most of the other parts I had in my parts bin already, or had scrounged over many years and traded for. My neighbour had just converted his Trek 520 to a flat handle bar and when I opened the trash bin I found the 600 brake levers were sitting inside of my garbage bin. Coincidentally I was completing the build so they went on. The Titanium King cage belongs to another more worthy build and the Brooks will likely find it's way onto a new build too. It's ugly and shit kicked, but one of my favorite bikes to ride. 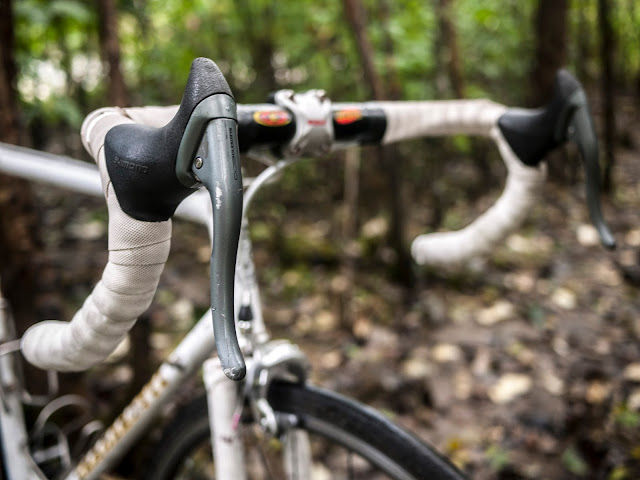