Sad news, Vancouver based Bicycle Polo pioneers annouced that they will cease opperation.

"As we ride off into the sunset, we thought it would be fitting to talk about some of the cool shit that Northern Standard did over the last few years. We came into this business with a mission to make the best bike polo equipment in the world. We spent thousands of hours and dollars balancing full-time jobs, relationships & personal lives trying to make this a reality. In the end, we are proud of what we accomplished and feel privileged that we got to make our mark on this sport. What you see below is far from our complete works. It's a small snippet of our innovation and brief moment in the sun." Via Northen Standard

I love it when my friends open bike shops!
House of Chain is now open for business at 235-2083 Alma Street which is the Old Running Room Location just off West 4th on Alma.

In addition to being all around great guys, the founders Anton and Craig are both very knowledgeable about bikes and mechanics. Keep your eyes open for more post about House of Chain  soon.

Anton came from Kyrgystan with plans to open his own store.  Craig's been wanting to open a shop for years.  After working together at a local bike shop for over 2 years, a great partnership was born and a vision to open one of Vancouver greatest stores was realized.
Before he immigrated to Canada, Anton was the Federation of Mountain Bike Champion for his home country.  He also started his own bike shop which fueled the desire for Mountain Biking in Kyrgystan.  So many people wanted bikes that he had trouble buying them locally.  His next step was to start importing them and he became the largest distributor of Mountain Bikes.
Craig has always been in Canada. After riding bikes since childhood for some fun but mostly transportation, he got bit by the Freeride bug in the late '90s.  After a serious shoulder injury ended his hopes of a racing career he spent more time repairing and selling bikes then riding them.  Craig has over 10 years of experience in the bike industry.
Anton and Craig are not just guys who like bikes.  They love bikes but they also have vast experience in the Retail Bike Industry.  This experience has given them an insight into what other shops are failing at.  They are focusing on Inventory Management and Special Orders/Shipping."

Posted by Masher No comments: Links to this post

While far from any Snowden liek revelations here are some industry secrets that I am able to reveal.

While I can't reveal my source, I have 100% confirmation that Phil Wood water proof grease is a Product of Exxon Mobile.

here is a little comparison....

Exon-Mobile Mobilegrease 33
"It is made with unique synthetic base oil,  lithium complex thickener and premium additives to provide excellent corrosion and wear resistance, and operability at very low temperatures. Patent-pending technology What makes Mobilgrease 33 fundamentally different from other low-temperature airframe greases is the base oil. It contains no esters and is 100 percent polyalphaolefin (PAO). Esters are
compounds that are susceptible to hydrolysis, which is a chemical reaction with water causing decomposition and  leading to the likely production of potentially corrosive acids.  A patent for the base oil technology has been applied for by ExxonMobil and is pending.
• Unlike airframe greases containing esters, our product’s
100 percent PAO base oil will resist decomposition when
contaminated with water.
• Mobilgrease 33’s superior hydrolytic stability can provide
a higher level of protection for airframe components
operating in hot and wet environments."

...And here is what Phil Wood has to say about "their" grease:
"Phil Wood Waterproof Grease is used to pack all our Phil Spec’d bearings for maximum durability. It is tested and has achieved the “premium” lubricant classification by all major bearing manufacturers worldwide."
...not much insight. And  the MSDS 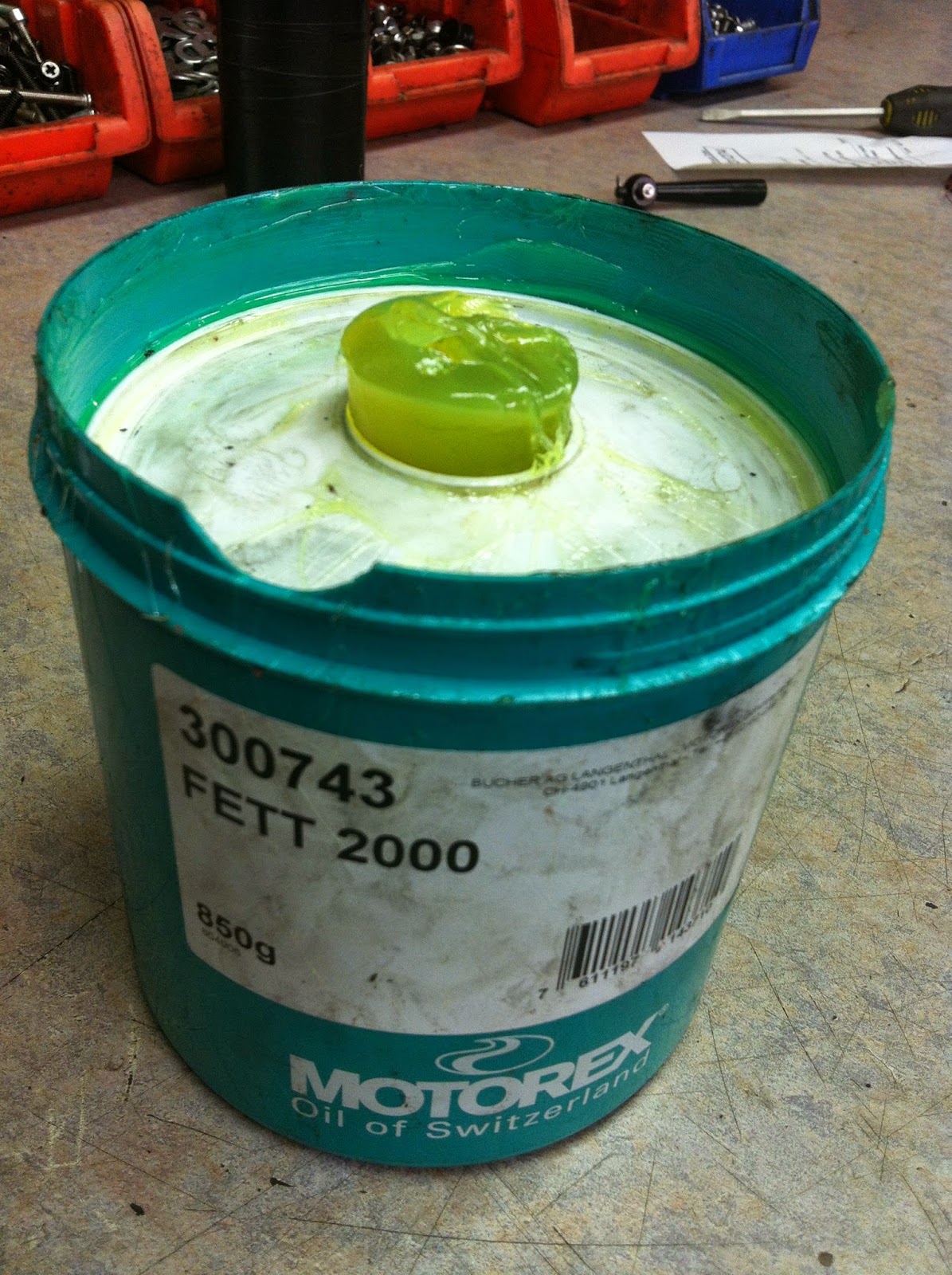 While this is purely speculation The Motorex Bike Grease 2000 (Fett 200) looks the same, and feels the same as Shimano Special Grease (Dura Ace)
here is what Motorex has to sayabout it:
"Fluorescent yellow calcium-based grease with remarkable and durable lubricating properties. Motorex Bike Grease 2000 is a highly water-repellent, extremely pressure-resistant grease. Provides enhanced resistance to oxidation and aging. Ideal for lubricating bearings, hubs, joints and headset. Does not attack elastomers and seals and prevents galvanic corrosion."
While no official description of the grease from Shimano could be found, I think the case can be furthuer by comparison of the Material Safety Data Sheets (Shimano & Motorex). While this isn't conclusive evidence it is a strong case.
Both greases have are calcium based, have great sticky feel and rust inhibitors. At 10$/100g Motorex and $20/100g for the Dura ace special grease, the motorex seesm like a great value.

Vancouver is this what cycling has come to? 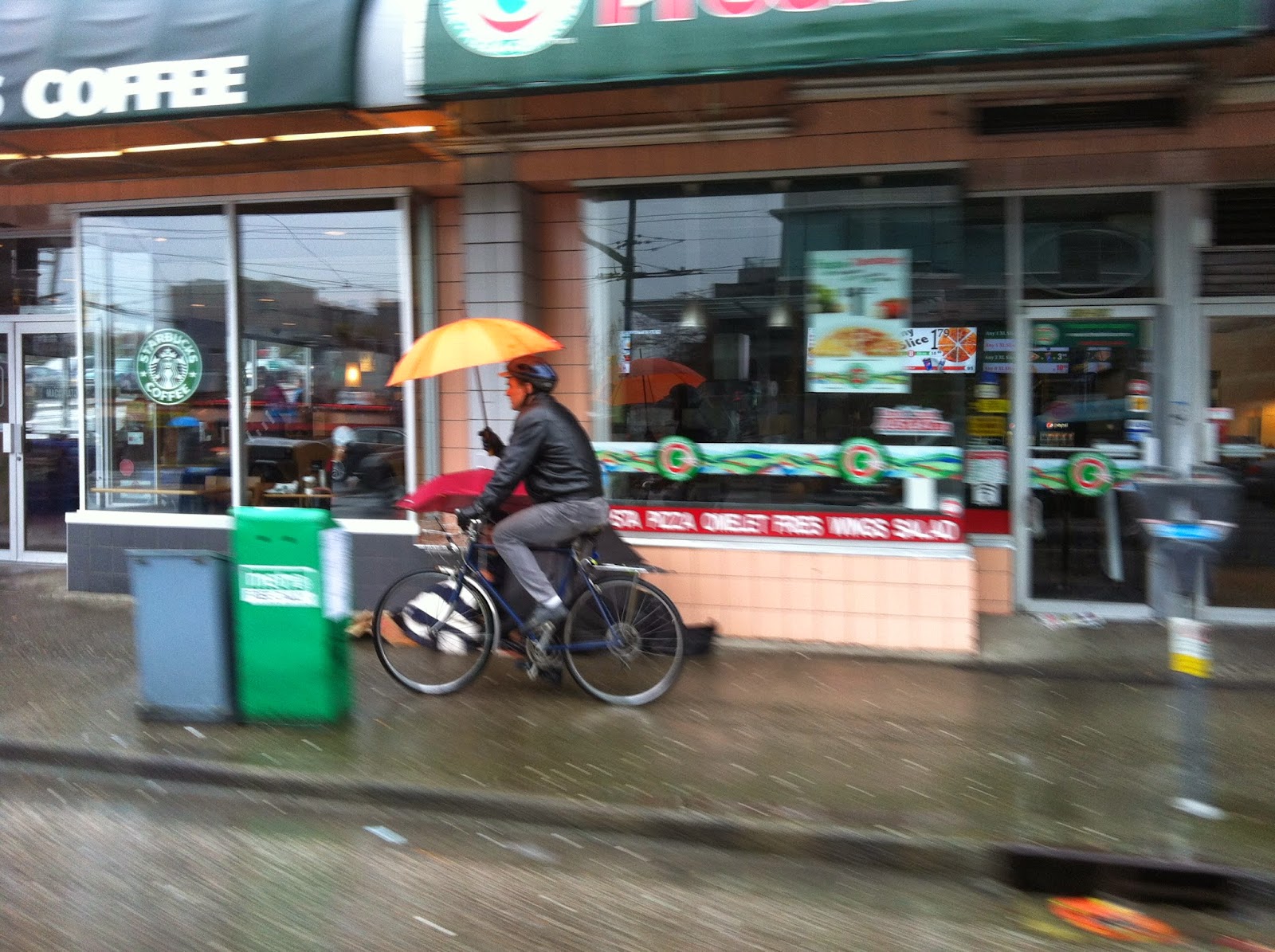 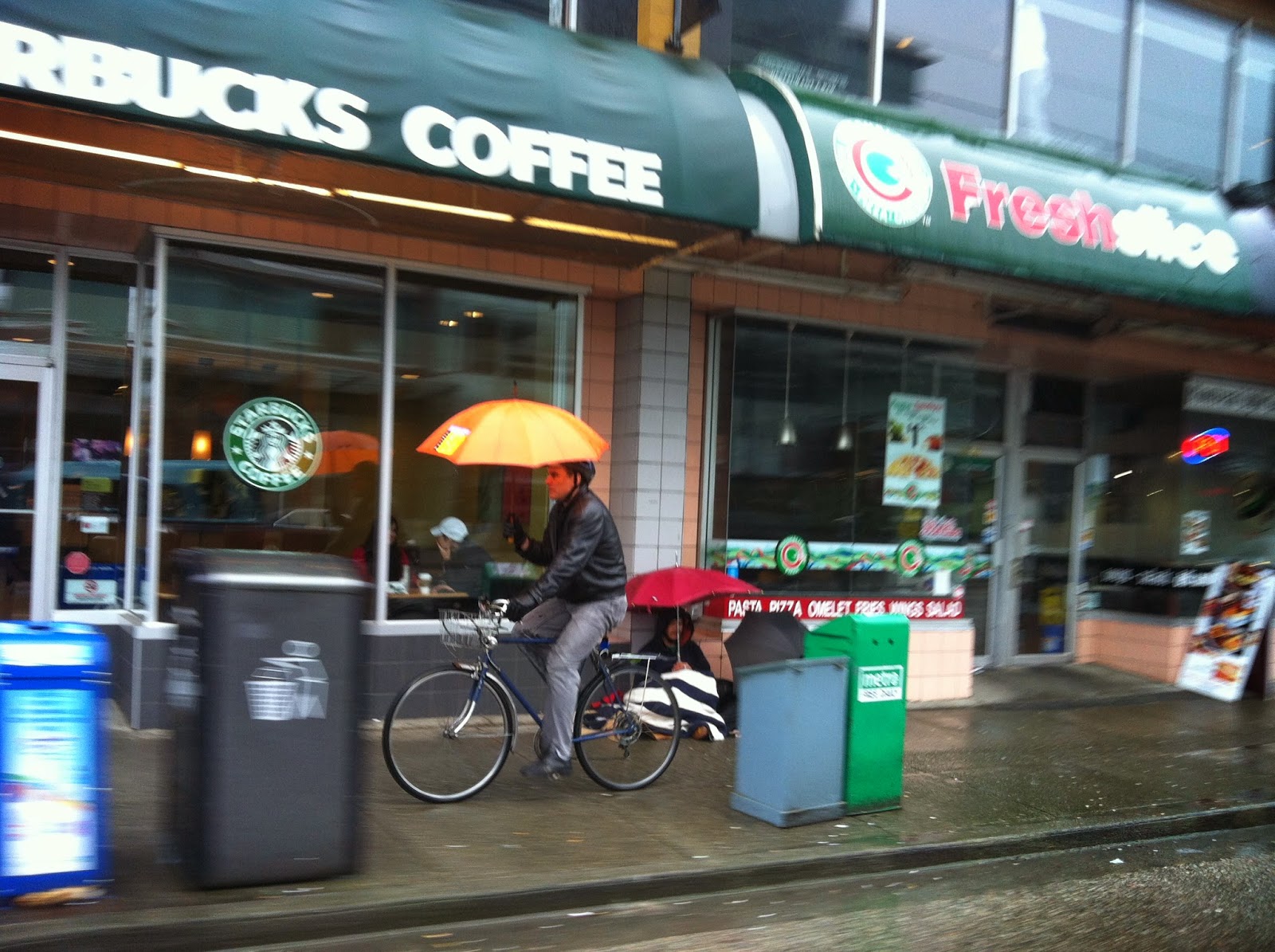 Posted by Masher No comments: Links to this post

Email ThisBlogThis!Share to TwitterShare to FacebookShare to Pinterest
Labels: as seen on the street

And a little road cycling action to mix things up. 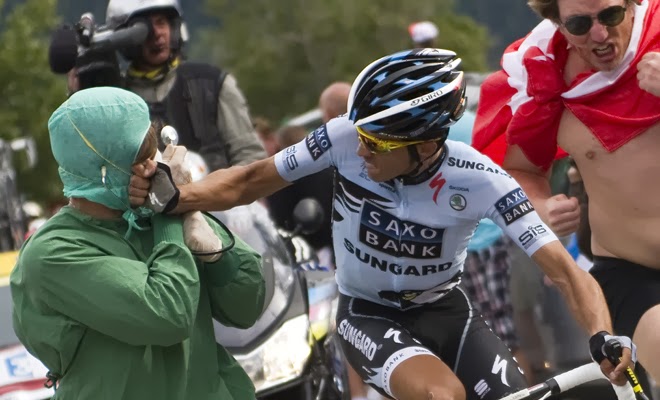 Contador
Posted by Masher No comments: Links to this post

Email ThisBlogThis!Share to TwitterShare to FacebookShare to Pinterest
Labels: video

Fat bikes are the Recumbents of the MTB world.

While trying to find an article about a ridiculous fat bike I found this instead, Enjoy!

#BMXfail #bikeCRASH
Posted by Masher No comments: Links to this post

Email ThisBlogThis!Share to TwitterShare to FacebookShare to Pinterest
Labels: video 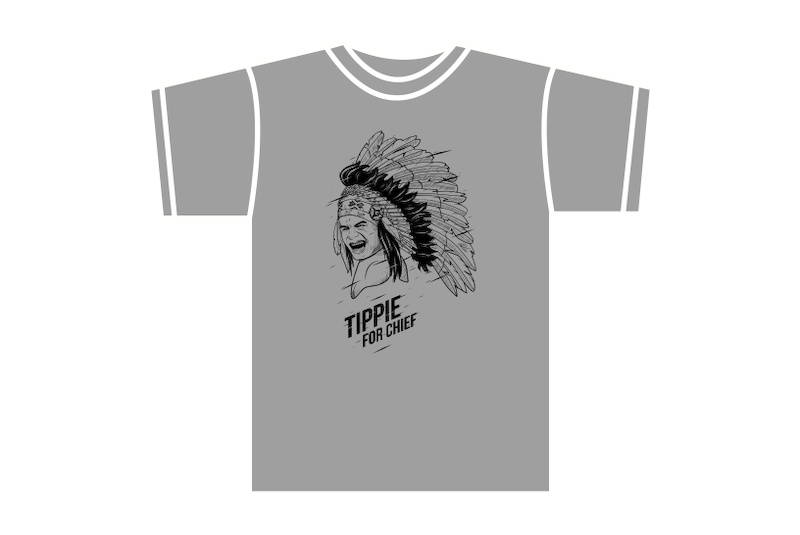 Really? My Vote goes to
#Tippieforchief
Posted by Masher No comments: Links to this post Funny I was almost run over at this location today when a COV badged vehicle rolled through the stop sign across Yukon.... any ways here re the details
The Vancouver Park Board is looking to provide a new skateboard park in the Mount Pleasant neighbourhood because of rising skateboarding popularity in the area.
The Park Board has secured funding for a new mid-size skateboard park in one of two proposed Mount Pleasant neighbourhood park locations:
more here

#skateYvr #bikeyvr
Posted by Masher No comments: Links to this post

and Just in-case you haven't seen this yet - Chris Akrigg, Freeroad / Endroad


CHRISCROSS from chris akrigg on Vimeo.

Not commuter centric, but I still pumped about this. Expect to see me thrashing the Green trails, possibly on a jankey road bike.

#thecoastalCrew #mountainbike #sunshinecoast
Posted by Masher No comments: Links to this post

Whose Lane is it Anyway